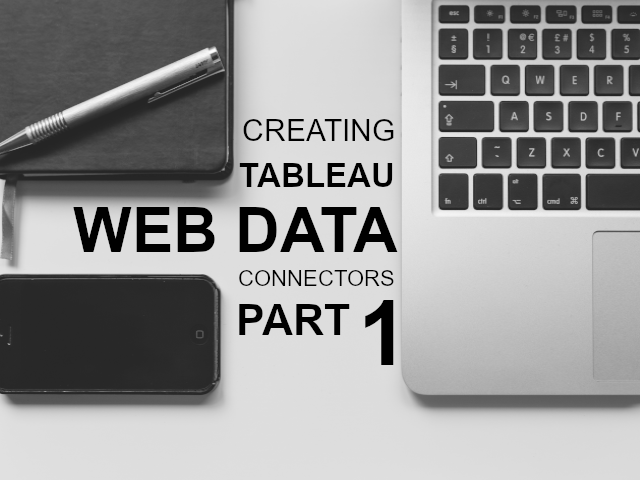 One of the top features of Tableau is that they provide out-of-the-box connectivity to a variety of common data sources; the number of supported data sources is increasing with every release of Tableau. However, sometimes we may have a bespoke data source, a legacy data source, or perhaps an extremely bleeding edge data source, which may not be supported out of the box by any tool. In these edge cases, Tableau has provided the Tableau Web Data Connector (WDC) that allow developers to build our own data source connectivity.

Note: If you are a seasoned programmer, then the quickest way to get started is to go to the official Tableau documentation at http://tableau.github.io/webdataconnector.

In the first part of this series, we will get started by installing and setting up the development environment (and relevant tools), getting the Tableau Web Data Connector (WDC) Library and integrating with GitHub for your storing and sharing your projects.

Git (/ɡɪt/) is a version control system for tracking changes in computer files and coordinating work on those files among multiple people. It is primarily used for source code management in software development, but it can be used to keep track of changes in any set of files. As a distributed revision control system, it is aimed at speed, data integrity, and support for distributed, non-linear workflows.

You can download Git for your desktop here: https://git-scm.com

GitHub Inc. is a web-based hosting service for version control using Git. It is mostly used for computer code. It offers all of the distributed version control and source code management (SCM) functionality of Git as well as adding its own features. It provides access control and several collaboration features such as bug tracking, feature requests, task management, and wikis for every project.

GitHub offers plans for both private repositories and free accounts which are commonly used to host open-source software projects. As of June 2018, GitHub reports having over 28 million users and 57 million repositories (including 28 million public repositories.), making it the largest host of source code in the world.

On June 4, 2018, Microsoft announced it had reached an agreement to acquire GitHub for US$7.5 billion. The purchase is expected to close by the end of the year.

Please go to the GitHub website and create yourself an account, we will save our work to here: https://github.com

Note: GitHub does come with a Desktop tool, however, for this tutorial we will be using a command line (cmd) to check in our new code into GitHub.

Visual Studio Code is a source code editor developed by Microsoft for Windows, Linux and macOS. It includes support for debugging, embedded Git control, syntax highlighting, intelligent code completion, snippets, and code refactoring. It is also customizable, so users can change the editor’s theme, keyboard shortcuts, and preferences. It is free and open-source, although the official download is under a proprietary license.

Visual Studio Code is based on Electron, a framework which is used to deploy Node.js applications for the desktop running on the Blink layout engine. Although it uses the Electron framework, the software does not use Atom and instead employs the same editor component (codenamed “Monaco”) used in Visual Studio Team Services (formerly called Visual Studio Online).

In the Stack Overflow 2018 Developer Survey, Visual Studio Code was ranked the most popular development environment tool, with 34.9% of 75,398 respondents claiming to use it.

I use Microsoft Visual Studio Code for most of my coding and you can download it here: https://code.visualstudio.com

We will install the Yarn Package Manager to help manage our javascript packages and dependencies, don’t worry, we will go through this a little later, but for now a little bit about Node.js and Node Package Manager (NPM).

Node.js is an open-source, cross-platform JavaScript run-time environment that executes JavaScript code outside of a browser. Historically, JavaScript was used primarily for client-side scripting, in which scripts written in JavaScript are embedded in a webpage’s HTML and run client-side by a JavaScript engine in the user’s web browser. Node.js lets developers use JavaScript to write Command Line tools and for server-side scripting—running scripts server-side to produce dynamic web page content before the page is sent to the user’s web browser. Consequently, Node.js represents a “JavaScript everywhere” paradigm, unifying web application development around a single programming language, rather than different languages for server side and client side scripts.

Yarn is a package manager for your code. It allows you to use and share code with other developers from around the world. Yarn does this quickly, securely, and reliably so you don’t ever have to worry.

Yarn allows you to use other developers’ solutions to different problems, making it easier for you to develop your software. If you have problems, you can report issues or contribute back, and when the problem is fixed, you can use Yarn to keep it all up to date.

Code is shared through something called a package (sometimes referred to as a module). A package contains all the code being shared as well as a package.json file which describes the package.

We will use Yarn to get a hold of various Javascript packages. Download and install Yarn here: https://yarnpkg.com/en/docs/install.

Now that we have all the required software installed, let us go about putting this all together.

Putting it all together

Let us first start by creating a repository on GitHub to store your code and manage your changes.

Congratulations, you have created a GitHub repository with a single file called README.md. This file is used to give browsers an idea of what is inside your repository. MD files have their own markup language that gives some basic formatting. You can read more about it, if you are curious, click here: https://github.com/adam-p/markdown-here/wiki/Markdown-Here-Cheatsheet

Now that we have our GitHub repository setup, let us start up VS Code and import the directory.

Boom, so with that all said and done you have now installed the required tools, created a GitHub repository, started up Visual Studio Code, and connected to your GitHub Directory. We will now go about coding your first Tableau Web Data Connector (WDC) Project, but first…

Note: In this tutorial, I am using tableauwdc-2.3.latest.

To start the project:

Now we are going to install two of the most common Javascript libraries, jQuery and Bootstrap, into our project; we will make use of these later in our project.

In your terminal, make sure you are in the root directory:

jQuery – jQuery is a lightweight, “write less, do more”, JavaScript library. The purpose of jQuery is to make it much easier to use JavaScript on your website. jQuery takes a lot of common tasks that require many lines of JavaScript code to accomplish and wraps them into methods that you can call with a single line of code.

Bootstrap – Bootstrap is a free and open-source front-end framework for designing websites and web applications. It contains HTML- and CSS-based design templates for typography, forms, buttons, navigation and other interface components, as well as optional JavaScript extensions. Unlike many earlier web frameworks, it concerns itself with front-end development only.

To this point, we have done a lot of work, and I assure you, you won’t have to do this all the time. We will now finally create the Tableau Web Data Connector.

Now that we have our project set up, we will now create our Tableau Web Data Connector (WDC) by creating the following three files:

index.html in the root of your project:

This is a very plain HTML page with a single button, but the HTML page imports all the required libraries.

style.css in the css folder:

This will be used to add margins around the button, however, this will be important to configure the look and feel of our page.

wdc.js in the js folder:

This is where we implement our Tableau Web Data Connector (WDC) logic. We will revisit this file a lot in future articles, but for now, we just need to be aware of what we call:

In our next articles we will go into coding in far more detail, but for now, we have built our Tableau Web Data Connector, so let us give it a whirl.

If all goes well, data should be returned and you should be able to interact with the data specified in the wdc.js file, and boom you are done. Commit your work to GitHub, mine is located here: https://github.com/tableaumagic/tableau-wdc-tutorial-part-1

In this lengthy tutorial, we have covered a large amount of ground. We looked at:

In our next articles in the series, we will explore the Tableau Web Data Connector (WDC) library, and also connect to a bespoke data source using Asynchronous JavaScript (Ajax).

I hope you all enjoyed this article as much as I enjoyed writing it; writing this article made a three-hour train ride from Newcastle to London far more informative than I could have imagined. Do let me know if you experienced any issues recreating this Visualisation, and as always, please leave a comment below or reach out to me on Twitter @Tableau_Magic.

If you like our work, do consider supporting us on Patreon, and for supporting us, we will give you early access to tutorials, exclusive videos, as well as access to current and future courses on Udemy:

Also, do be sure to check out our various courses: 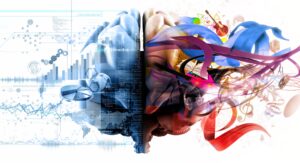 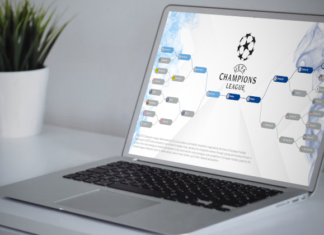 Toan Hoang - June 12, 2021 0
As a Tableau Zen Master, I volunteered time to support non-profit organisations. One of the organisations had an interesting requirement, and as...

Creating a Coxcomb Chart in Tableau 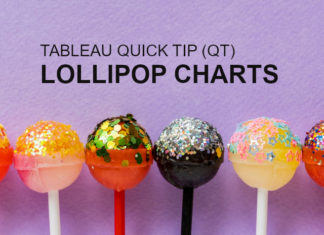 Toan Hoang - November 28, 2018 0
This is a Quick Tip on how to build lollipop charts in Tableau, so less reading and more jumping in. We are...